I’m a day late sharing this card, but better late than never! The latest Cupcake Inspiration Challenge is all about creating spectacular backgrounds and I decided to have a play with alcohol inks for mine. I got my first alcohol inks in a card kit several months ago, but this is the first time I’ve had a play with them! I created three backgrounds – the one I used here, one that I’ve used for tomorrow’s post, and another that I’ll be saving for later.

I started with some Yupo paper and my alcohol inks and just had a play. I first sprinkled on some Alcohol Blending Solution, then added in my colours. I concentrated the Pistachio ink towards the bottom, Coral to the top, and let the Dandelion act as a buffer between the two colours as well as adding texture and interest to them. (These three colours are also purchasable as a set.) I kept working adding a bit more blending solution and a bit more colour until I was happy with it, then set the panel aside to dry. I considered adding some foiling but I didn’t have a colour that I felt would be suitable, so I decided against it.

Whilst the panel dried I worked on colouring my image. The image is from our sponsor, Crafty Sentiments Designs, who are offering 3 digis to one lucky winner who plays along with the challenge. The image I used is Relaxing and I coloured her up with my Spectrum Noir Illustrator Markers. I decided to keep her quite neutral in colour so as not to be competing with the colourful background. Once I was happy I fussy cut her out.

Finishing up the card involved a lot of trial and error. Things did not go to plan, but in the end I think it turned out quite fun. First I used a circle die to cut out a piece of the panel, and attached my fussy cut image to it. I considered adhering it directly to a card base and leaving it as is, but I felt it needed something more. I decided to dry emboss a background with a lattice embossing folder from Sizzix and some black card. I adhered that to the card base, then popped up the circle on top of it, and was going to be done.

But… I felt like there wasn’t enough of the ‘spectacular background’ so I slid the rest of the panel onto the card base and decided I preferred that, so I adhered it over the dry embossing.

I then decided I wanted to add a sentiment. I really should have done this before adhering everything together. I decided I would heat emboss a sentiment from Simon Says Stamp’s Best Ever in black to be just below the girl. I had some trouble with the stamping due to a gap in the foam tape but I eventually managed to get it. I carefully heat embossed it and… apparently I wasn’t careful enough because I melted the edge of the circle!

After a moment of panicking I decided that I would salvage the card by making the melting look intentional. I used a scrap of kraft card as a buffer between the circle and the background so that I wouldn’t melt the wrong piece, then went all around the edge of the circle carefully melting it to curl the edges up. In doing so the dry embossed background I’d covered up also became more visible, which was nice! I did get some slight bubbling in the centre of the circle, but nothing too obvious, so I decided not to be bothered by it.

There were certainly some highs and lows creating this card! I had so much fun creating the background, but almost gave up when I unintentionally melted the card. I actually really like the curled up edges of the circle though, once I finished with it. It’s a very different look and I think it’s a lot of fun. I definitely should have thought through the design more before committing to it though, as it would have been much easier to do the heat embossing before adhering it together. I’m glad I was able to save it though! 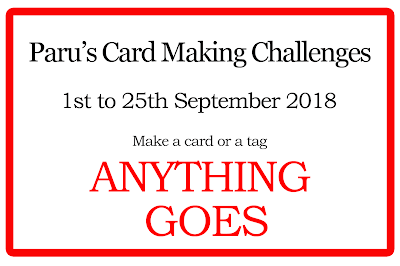 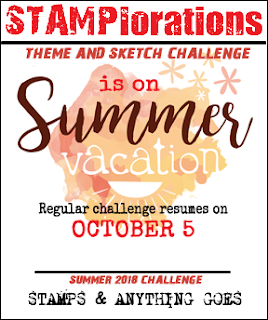 Check out what the rest of the DT made: