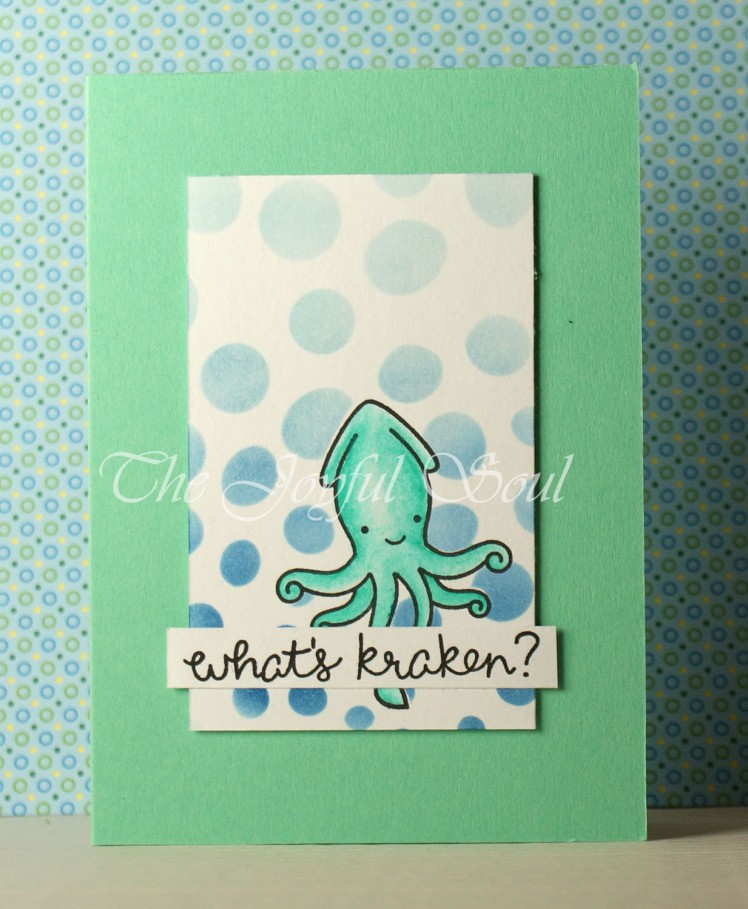 It’s been quite a while since I last used this Kraken stamp, and as the Lovable Legends stamp set from Lawn Fawn is one of my favourites I felt it was about time to get it out again. Especially as I wanted to make a card featuring these lovely shades of blue and blue-green.

I started by cutting down a snippet of white card and stamped the Kraken onto it. I adhered a mask over the Kraken and attached a stencil over the top of the panel. The stencil I used is Growing Dots from Marabu.

I then took a couple of cheap make-up sponges and used them to sponge on my colour. I had a dark navy blue ink as well as a lighter blue. I started with my darker blue at the bottom and worked my way up, reducing the amount of colour as I went. About half way I switched to the lighter blue and continued working up to create an ombre look.

With the stencilling done I removed the stencil, cleaned it up and set it aside to dry. I then also removed the mask from the Kraken. I took one of my watercolour pencils and laid down the colour in all the areas that I wanted to be darkest, then blended it all out with my Wink of Stella to give a touch of sparkle. Applying the colour only to the darkest areas like this allowed me to get a good variation and blend of colour despite only using one pencil.

The last element I needed to add was the sentiment. Initially I stamped it directly onto the card base, but it looked too difficult to read given that it was going over the Krakens tentacles which were stamped with the same ink… I tried outlining the letters with my white gel pen to help differentiate them, which kind of worked but still looked too messy. In the end I decided to restamp the sentiment on a snippet of the same white and adhere it into place over the failed attempt.

Finally I just had to adhere my focal panel into place on my card base. I used foam tape to do so, as it would give the card some added interest. 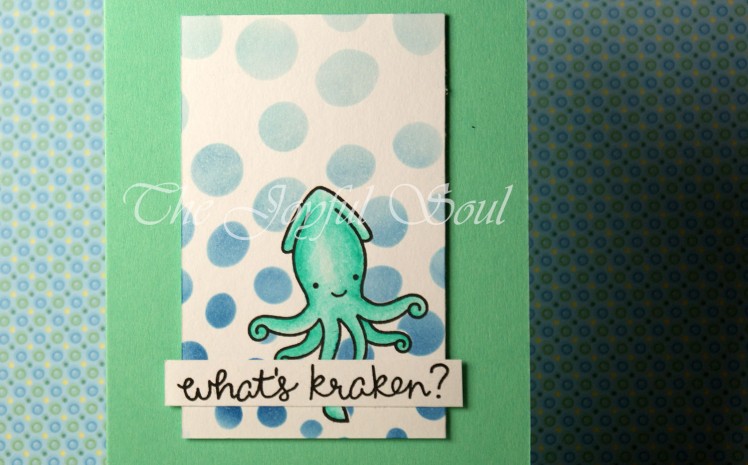 I really like this card. The simple design works well and I’m very pleased with the colouring on the Kraken. I’m also pleased with how the stencilling worked out, as I wasn’t sure how well the cheap pigment inks would work being sponged on like this. I’d definitely be happy to recreate this card, perhaps in different colours. That’s the good thing about mythical creatures like the Kraken – nobody can tell you what colour it should be!

CAS on Sunday – Colour Palette (I was aiming for the “Bermuda Bay” colour with my card base and the kraken colour. It’s not as close as I’d like, but was the closest I had. The other blues are represented in my bubbles.) 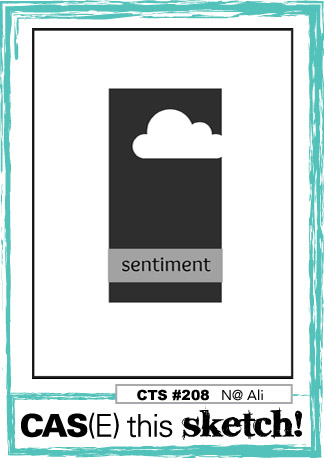